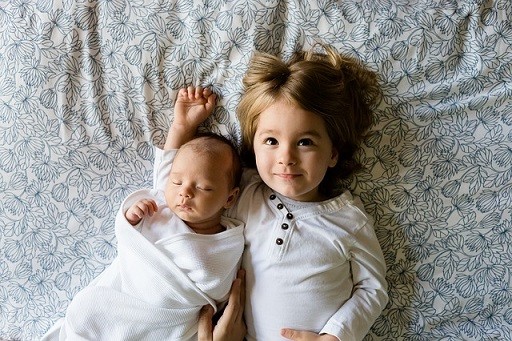 Child custody can be one of the most aggressively fought issues in an Alabama divorce. It is important to have an experienced Alabama family law attorney represent you if you are facing a potentially hostile case. In the past, women usually received sole care of the minor children in Alabama. Many mothers believe that this is still the case and that they do not need to worry about this issue. Some fathers do not fight for custody in Alabama because they think that they do not have a chance of winning. Neither of these beliefs are true. Changes in Alabama law, as well as changes in what is the most typical family dynamic, have increased the fathers’ chances of  success with this issue. Since either parent can have a good chance of winning, it is of vital importance that both parents hire an experienced Alabama divorce lawyer to assist them.

How is child custody decided?

In Alabama, the courts decide the issue of child custody based on the best interests of the child. There are many factors that an Alabama court may consider in this decision.

When deciding child custody in Alabama, one of the most important factors is the identity of the primary caregiver. Today, it is much more common that both parents are substantially involved in the care and raising of children in Alabama. The more equally involved the parents, the more difficult it is for the Alabama court to determine which parent is the best option for the child when awarding custody. When both parents are fit and have been significantly involved in raising the child, there has been an increasing trend in Alabama to encourage joint custody. Even so, not all courts in Alabama approach the issue in the same manner. Some family law judges still favor sole custody except in certain limited situations.

Custody involves both legal and physical custody. Legal custody means decision-making authority concerning the important issues in the child’s life. Physical custody is self-explanatory and is basically about the time spent caring for the child in that parent’s physical care. In Alabama, there are several types of child custody.

Sole legal custody A parent has the exclusive authority to make all key decisions about the child’s life. These decisions include, but are not limited to, those involving health, education, and religion.

Sole physical custody This is given to a parent with whom the minor child primarily resides. The other parent will normally be given rights of visitation on specific days and times unless the court rules otherwise.

Sole custody In Alabama, this term refers to sole legal and physical custody.

Joint legal custody When a divorce or family court makes this type of order, both parents will share the authority to make the key decisions about the child’s life. These decisions include, but are not limited to, those involving health, education and religion. The court can split up this power in different ways. The parents may share authority on all issues or the court may set up tie breakers for some or all issues. When a parent is the tie breaker, that parent has, in effect, sole decision-making authority on that particular issue.

Joint physical custody This type of order promotes frequent and extensive contact with each parent. However, it does not necessarily mean that both parents will receive equal amounts of parenting time with the minor child.

Joint custody In Alabama, this type of arrangement refers to joint legal and physical custody.

There are several factors that an Alabama court considers in determining whether to award sole or joint custody. In addition to determining which type of arrangement is in the best interests of the child, an Alabama court should consider other factors related to joint custody. Joint custody works better when the parents live close to each other and they both want this type of arrangement. This type of order can be unwise if the parents do not cooperate with each other or discourage the child’s relationship with the other parent. Alabama courts generally will not award joint custody if there is a history of wrongdoing on the part of one of the parents.

Once an Alabama court has decided a child custody issue, it is difficult to obtain a modification. The non-custodial parent has a high burden of proof to meet. It is much better to fight from the beginning than to go back and try to change a pre-existing Alabama order. If your Alabama divorce or family law case is final and you are past the deadlines to challenge the order, the only option is to request a modification. It is important to have an experienced Alabama attorney to represent you in any child custody modification case. The Burleson Firm has been successful in obtaining modifications for both mothers and fathers in many courts in Alabama.

The Burleson Firm has helped families in Alabama with child custody issues for over 20 years. If you are facing a custody battle, we can advise you on how to increase your chances of a successful outcome. Let The Burleson Firm schedule a no-obligation conference with a serious Alabama family law attorney to assist you with these issues.