Grounds For Divorce In Alabama 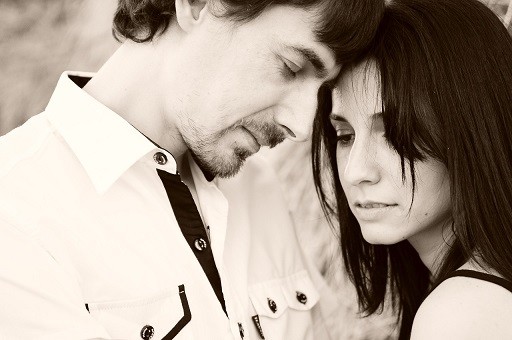 No fault grounds for divorce in Alabama

The two “no fault” grounds for divorce in Alabama are briefly explained below. To put it simply, in a no fault case, the plaintiff must prove that the parties are unhappy, disagree frequently and/or don’t have a reasonable hope of resolving their problems.

Incompatibility – This means conflicts in personality and behavior so deep that they are irreconcilable. These conflicts are so severe that they make it impossible for the parties to continue a normal marital relationship with each other.

Irretrievable breakdown of the marriage – This is when difficulties exist in the marriage that are so substantial that the parties can no longer live together. The relationship is for all practical purposes dead, and there is no reasonable hope of reconciliation or repair.

Fault grounds for divorce in Alabama

Physical incapacity – The physical inability to have sexual relations with the other spouse.

TIP: This ground could be used to get an annulment instead of a divorce.

Adultery – Although Alabama law does not specifically define this term, in practice it is normally taken to mean engaging in voluntary sexual intercourse with someone other than one’s spouse.

TIP: Homosexual relations are not normally treated as adultery in Alabama.

Voluntary abandonment for one year immediately before the filing of the complaint – Under Alabama law, this requires a final leaving for a year or more, without the consent of the other party, without satisfactory reason therefor, and without the intention to return.

TIP: Evidence must be presented to prove the actual length of sentence and the time served by the spouse.

Crime against nature, whether with mankind or beast, either before or after marriage – This ground is not specifically defined by Alabama law, but has been understood to include acts that historically have been considered deviant from traditional sexual intercourse.

Habitual drunkenness or drug addiction – The engaging by one spouse in the consumption of alcohol or drugs repeatedly at intervals for such a length of time as that it is reasonably assured that the behavior will continue.

TIP: To succeed on this ground in an Alabama divorce, the complaining spouse cannot have known about the addiction prior to the marriage.

Incurable insanity accompanied by confinement in a mental hospital for at least 5 successive years – This requires a certified statement under oath from the superintendent of the mental hospital. The statement must confirm that, in the opinion and belief of the superintendent, that the spouse is hopelessly and incurably insane. The statement is not sufficient unless it was given after performing a complete and thorough study and examination of the spouse.

Pregnancy without the husband’s agency or knowledge that existed at the time the parties married– This ground may be utilized by the husband if sufficient evidence is presented that the wife was pregnant on the date of the marriage and that the husband neither knew of the pregnancy nor caused it.

TIP: In Alabama, there is a legal presumption that a child born during the marriage is the child of the husband. If the husband wins on this ground, he may choose to maintain his parental relationship with the child or dispute it. This ground can also be used to support a reqest for an annulment instead of divorce.
CAUTION: If the parental relationship is maintained, the husband will have all the rights and responsibilities as if he was the biological father, including liability for child support. If the husband disputes paternity and wins, the decision will not be binding on the minor child if the child was not joined as a party or represented by a guardian ad litem. If the marriage is ended by annulment, the husband will have no presumption regarding parentage.

Violence committed by a spouse or the reasonable apprehension of such violence – This ground can be satisfied by proving either actual violence of a significant or repeated nature by the other spouse prior to the separation. The ground can also be satisfied by proving a reasonable apprehension of significant violence based upon acts or threats which occurred before the separation.

CAUTION: Not every act of actual violence is serious enough to support a divorce on these grounds. An isolated minor touching, such as a slap, will not normally be sufficient to win on these grounds. By contrast, actual physical contact is not necessarily required if a verbal threat is serious enough and supported by actions indicating the intent to carry out the threat. For example, a threat to kill the spouse, accompanied by the brandishing of a weapon, can be sufficient to succeed on this ground. However, mere unkind words or thoughtlessness motivated by an argument will not be enough for a divorce on this ground in Alabama.

Separation without support for two years immediately preceding the filing of the divorce complaint – This requires a complete termination of all marital duties and relations between the parties.

CAUTION: Although it remains a ground for divorce under Alabama law, this ground is considered outdated and not typically used in modern cases.

Summary of grounds for divorce in Alabama

From a central location in Birmingham, Alabama, The Burleson Firm has helped families in Alabama with divorce issues for over 20 years. If you are thinking of filing for divorce or believe that your spouse is, we can help you determine the best course of action. Let The Burleson Firm schedule a no-obligation conference with a serious Alabama family law attorney. Our law firm can answer your divorce questions and assist you in any county in Alabama.