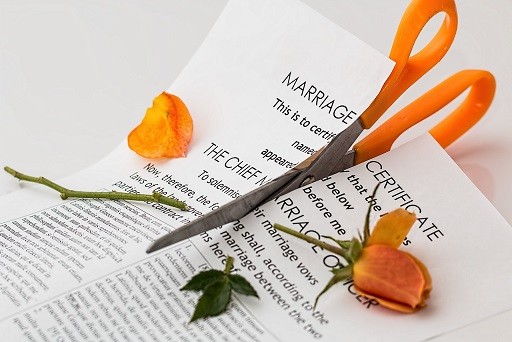 When a couple is faced with marital difficulties, there are several filing options available in Alabama. The most common filing is a Complaint for Divorce. A divorce, when final, terminates the marriage. There are two types of divorce filings in Alabama: contested and uncontested. In very rare circumstances, a spouse may have grounds to file a type of marital complaint that invalidates the marriage from the beginning rather than terminating it. This marital complaint is called a Complaint for Annulment. Many myths exist about the annulment process. The requirements for an annulment are not common or easy to meet. Since Alabama law allows a no fault divorce, it is typically easier to just get divorced. Alabama law also allows for a third type of marital complaint that avoids eliminating the marriage. This type of filing is called a Complaint for Legal Separation. The parties may get a legal separation when they need enforceable rights and obligations but do not wish to terminate their marriage. Some basic information about the various types of marital complaints is provided below.

A divorce is contested when the parties cannot agree upon settlement terms before the complaint is filed. When this disagreement happens, more steps are required to complete the divorce process. The case may still settle without trial, but this is often only after the parties have conducted discovery and there have been many intermediate hearings. If the case does not settle before trial, the Alabama judge will take evidence and hear testimony from the parties and any witnesses presented. Then the Alabama judge will enter a final judgment based upon that evidence and testimony. If the parties are dissatisfied with the outcome, they have thirty days to ask the judge to make changes and forty-two days to appeal.

CAUTION: If there is the possibility of appeal, it is important to preserve the record of the divorce trial. This preservation is done by making sure that a court reporter makes a record of the trial. Some Alabama counties have a court reporter on staff that automatically records all proceedings. Other counties require the parties to provide their own court reporter. In these counties, the court reporter is an extra expense of trial. However, this reporter is a necessary expense for a successful appeal. Without a court record, the appellate courts typically uphold the decision of the judge and appeal of the divorce is ineffective.
TIP: If you are facing a contested divorce, it is important to begin planning as soon as possible. Most Alabama divorces are won by careful strategy before trial. Preparation and planning can be key to avoid the need for an appeal. It is important to determine before trial whether the divorce court will provide a court reporter. When considering the last settlement offer made, it is also important to factor in all costs required to take the case to trial. The costs considered should include legal fees and court reporter costs. The total costs affect the net financial outcome of settlement and should be considered in determining if trial is likely to be more advantageous.

A marital complaint for annulment must be based upon some grounds that invalidate the marriage. Unlike a divorce, an annulment does not actually terminate the marriage. Instead, an annulment undoes the marriage by declaring that the marriage never was legal in the first place. In Alabama, all marriages are presumed to be valid, so the burden is on the party who files the Complaint for Annulment to prove that the marriage was invalid. Some grounds that support an annulment complaint are bigamy, incest, duress, impotency and under age marriage. Certain types of fraud can also entitle the plaintiff to an annulment. Some examples of these types of fraud are concealment of a sexually transmitted disease, concealment of pregnancy or an intent not to cohabitate. The types of circumstances that support an annulment do not commonly occur. Since Alabama law provides a no fault ground for divorce, a divorce is easy to obtain if the evidence does not support the filing of an annulment complaint.

CAUTION: Even if you have grounds to file a marital complaint for annulment, it may not be your best option. Due to the higher burden of proof, an annulment may be more expensive than a divorce. Also, the court does not have the authority to award permanent periodic alimony when a marriage is annulled.

CAUTION: Getting a legal separation first can increase the overall cost of your Alabama divorce. If the parties contest the terms of the separation and then contest the terms of a later divorce, this can be almost as expensive as two divorces. If you really think that there is a chance of reconciliation, legal separation may be the best route. However, if you feel strongly that divorce is inevitable, be aware of that a legal separation may be an unnecessary extra expense.
TIP: Legal separation usually works best if custody will not be an issue in a later divorce and the parties agree to make a final alimony and property division part of the separation. In that circumstance, there is little or nothing to contest in a later Alabama divorce filing.

From a central location in Birmingham, Alabama, The Burleson Firm has helped families in Alabama with divorce and marital issues for over 20 years. If you are having marital difficulties and want to understand your options, we can answer your questions and help you determine the best type of marital complaint for your circumstances. Let The Burleson Firm schedule a no-obligation conference with a serious Alabama attorney. Our law firm can answer your divorce and family law questions and assist you in any county in Alabama.